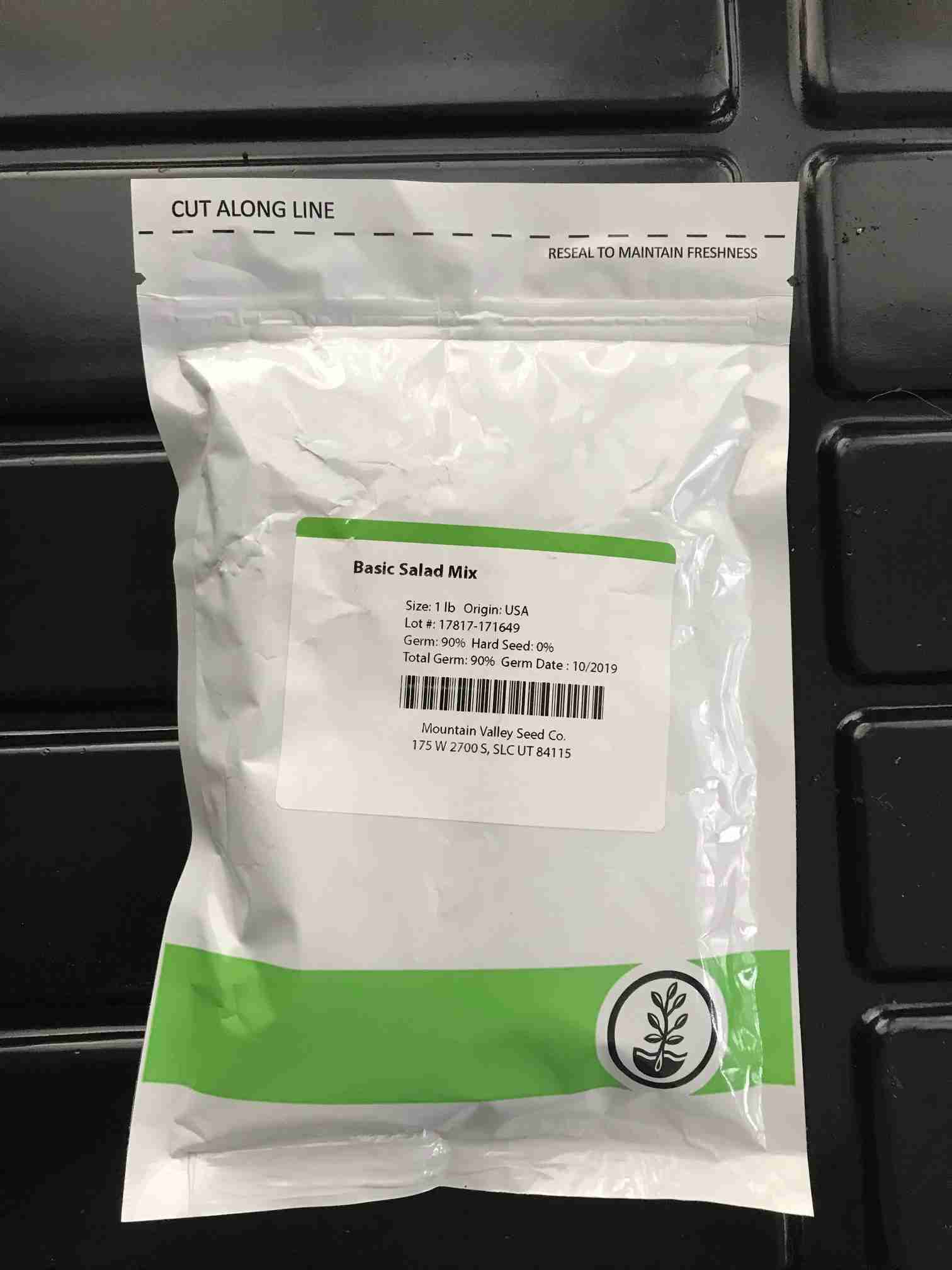 I’ve been reading a lot of articles and watching a lot of YouTube videos about microgreens and they got me interested enough to give growing them a shot. I ordered some 1020 trays, bought some organic potting mix and decided to try growing the Basic Salad Mix as my first attempt.

This is probably the best video that I watched to learn about growing Microgreens:

Kevin from Epic Gardening does a great job of explaining how to get started with this type of indoor gardening. 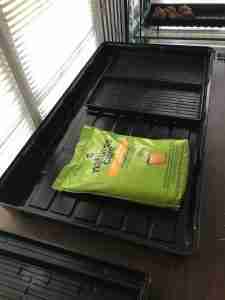 After watching Kevin’s video (and quite a few more looking for other ideas and inspiration), I decided that I would buy one of the larger four foot trays so that I could place the normal grow trays in it so that any water overflow would get caught and not end up on the floor.

I followed Kevin’s advice and add some water to the tray before I added the moist potting mix. I kept the potting mix just below the lip of the tray as Kevin suggested, leveled the soil by hand and then by placing another tray on top and gently pressing down. I then made sure to remove any grooves from the tray that I had put on top of the soil and sprinkled the salad mix seeds on top trying to get uniform coverage. Finally, I sprayed water on the seeds with a misting bottle and placed an empty tray on top to provide darkness to help the seeds germinate.

This should be an interesting experiment. I tried to do what Kevin and others recommended but I’m pretty sure I made some mistakes that will show when the microgreens start growing. I won’t be surprised if this first attempt ends up with lots of bare spots or overcrowding because I didn’t get the seeds spread properly. IF that is the case then I will try a different method of seeding on the next tray.

So here is what I ordered from Amazon:

This was enough for me to get started with growing microgreens. I will post updates to this process as I move through the grow cycle.

Click here to see my Microgreens disaster in process!

Even though it hasn’t gone as planned my first attempt at growing microgreens is not a total failure. I managed to wipe out the moldy looking fungus that was on the plants when I got back in town and save most of the tray. Biggest issues I see so far is I need to improve…

Well my first microgreens harvest is now done. I was afraid when I started that I had killed the entire tray because I had to go out of town on business for 5 days and when I came back there was a light mold on the soil. Luckily it was only on one end of…

So my first attempt at growing microgreens is probably going to end up as a disaster. I prepared the soil that I am going to use, put it in the tray and seeded the tray last Monday morning. Everything looked pretty good although I was worried that I didn’t get the seeds distributed very well….

I decided to add grow lights to my seed starting rack and to my microgreens rack. I spent hours reading reviews and watching videos of different lights before I decided to go with the Barrina T5 LED grow light system. This system includes 8 LED grow lights and is very reasonably priced. I am using…